A good exploration into the realms of co-creating a world-class event in Derby, Christine Cawthorne, organiser of the first TEDx Derby event talks about her journey.

Sipping a cheeky glass of wine, it dawned on me that if I wanted TEDxDerby to happen, I would have to do it myself. But organising such a huge prestigious event? Me? I opened the application form and hoped it would be straightforward.

This was early 2013 and I’d recently been to TEDxSheffield. It was brilliant to go to a local event and see inspirational people right there in your city. I’d enjoyed the day and come away feeling invigorated. A couple of months later I fancied going to another one and I looked on the TEDx website – the nearest event in Nottingham was sold out. Impatiently I checked the website again and again to see when Derby would get one.

I’d recently set up an informal networking group called Geekeasy to meet new people and share ideas but I still felt Derby should have a big event like TED. It is something to unite the thinkers and the doers, the people who want a new perspective, to have their hearts moved by an emotional story or just do something fun on the weekend. 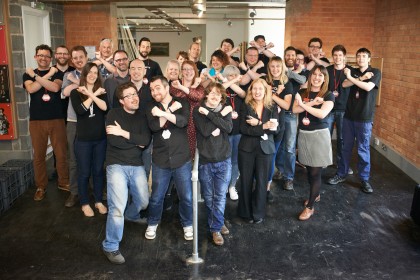 So I was delighted when months later I received an email: TEDxDERBY LICENCE APPLICATION APPROVED. Hurray!

Things moved quickly: creative coach and mentor Filomena Rodriguez agreed to organise the event with me, Pete and Helen of AbleWild offered to create the branding, stage design and the website design and the Geekeasy geeks clamoured to help. Jo and John from Derby City Council organised the technical equipment needed, alongside my husband Hadrian. Although you can charge for tickets, TED events are not-for-profit so there was a lot of smiling sweetly and asking for things for free (especially by Lucie, who works with me at Crocstar). 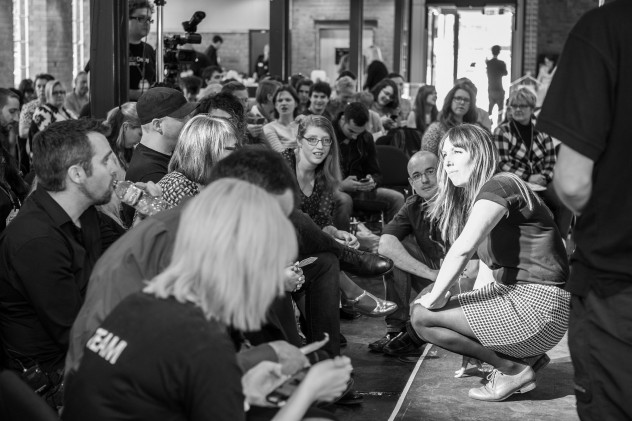 There is a huge handbook that TED makes you read. At around 150 pages long I can’t even tell you how many rules are in there. It’s to make sure you provide a consistent experience for TED lovers around the world (and it provoked many a panicked scroll through the PDF when questions were asked).

Speaker nominations poured in after an appearance on BBC Derby and it was great fun choosing who should appear and creating the running order to provide an interesting day. We were unprepared for what happened when we released the tickets: they sold out within 48 hours! It just shows how ready Derby was.

After organising this wonderful event for two years, I’m ready to try something new (watch this space!) so Pete and Helen are taking the baton and are already preparing for TEDxDerby 2016.

“Being part of the TEDxDerby team has been great so we’re really excited to take on the challenge of organising the next event. There’s lots to do but we’re happy to have the opportunity to be involved with something as respected as TEDx. We’re really looking forward to putting on an inspiring and enjoyable event!”

See the talks from TEDxDerby 2014.

Our digital copywriters have been wrangling content since back in the day when Yahoo was cool. We’ve written copy about industrial roofs, cloud-based point of sale software, learning to swim as an adult and organic baby food. We’ve managed social media accounts for the likes of Pizza Hut, Paul Smith and a certain artist who put 888,246 ceramic poppies around the Tower of London.

We also devised the training course for the content designers writing for GOV.UK. And we trained all 1,500 of them. Crocstar’s copy bods are regular speakers on the circuit, explaining how content is part of the user experience, why clear language is a must and how writers and designers can work better together.

1 comment on “Christine Cawthorne – Bringing TEDx to Derby” Add yours →

Comments are closed. You can not add new comments.